We are seeing more and more states legalizing the use of cannabis (marijuana) for both medical and recreational use. While I have no issue with the medical aspect of cannabis, as it does have a fair amount of scientific study to support its use; however, it is the recreational use that I take issue with.

Since the states’ initial foray into legalized cannabis, we immediately saw a tremendous amount of abuse of the system by profiteering doctors. Doctors who saw an easy way to make a lot of money by prescribing cannabis use for anyone who walked through the clinic door and had the cash to be “evaluated” by the doctor. They walked in, plunked down their money and walked out ten minutes later with a prescription for whatever supposed diagnosis the doctor could write up that could not be definitively disproved.

With their prescription in hand, the person simply walked into the dispensary, typically next door to the doctor’s office or just down the street, and walk out with the object of their desire.

Those entities and people who are promoting the legalization of recreational cannabis like to point to the fact that it is “natural” and “completely harmless”. This is not, in fact, true. As opposed to the “pot” that was around back in the 60’s and 70’s, todays cannabis is much more potent and contains three to five times higher concentrations of THC then the “pot” from back in those days. This is comparative to a person drinking a 12 oz. can of beer and thinking that a 12 oz. drink of whiskey is the same thing. Those who are promoting recreational use are also intentionally ignoring the long term affects. 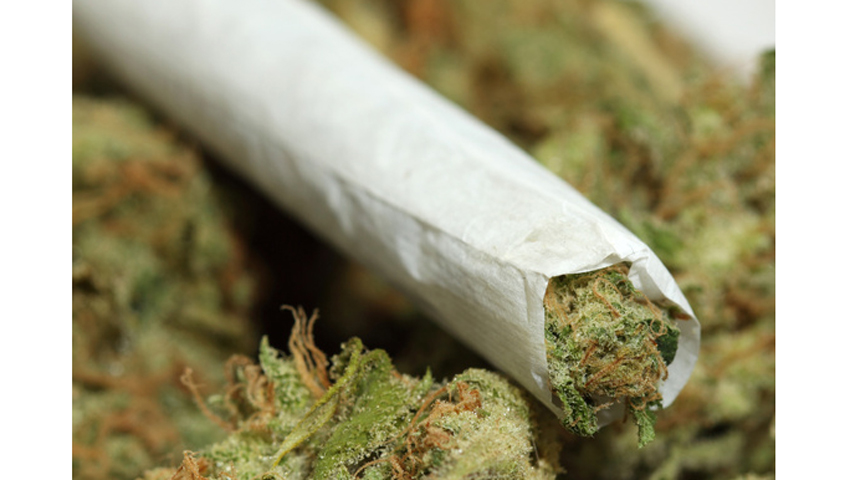 Research (some published in the New England Journal of Medicine) shows how cannabis harms the brain development in adolescents, causes chronic bronchitis, increase the risk of heart attacks in older people, and overall diminishes intelligence. Smoking cannabis also delivers more tar to the lungs than tobacco, including all the cancer-causing chemicals. Other longer term studies show that chronic heavy users develop chronic bronchitis, anxiety, depression and symptoms of paranoia and psychosis.

There is also a social aspect that is being intentionally hidden from the public. In cities where the use of recreational cannabis is legal, the incidents of breaking and entering, robbery, car theft and other “crimes of opportunity” have drastically risen. In some instances, these crimes have risen up to 40%. It is hard to make a definitive cause and effect statement, but anecdotally, there does seem to be a connection. The Mexican drug cartels are even getting in to the act. Since the states do not have the resources to determine who is a legitimate licensed grower and who is not, the cartels see this as a golden opportunity mix in and continue their illegal activities right under the noses of authorities; without the risk of transporting the product across the border. Colorado is now the capitol of the new cartel marijuana distribution network in the United States. Legalizing recreational cannabis has not decreased the illegal drug trade as promised; in fact, it has made the illegal drug trade more lucrative and safer.

While medicinal cannabis is very beneficial to those who are in legitimate need of the effects of cannabis and cannabis extracts, recreational use cannot be condoned by the Rabbinate in any manner.

From Ozer Bergman (Breslov): “One of the primary goals of observing/practicing Torah and mitzvot is to have an ever-clearer mind. Does doing drugs of any sort bring one closer to that goal or not? Hint: Stoners are not known for clear thinking. See Likutey Moharan II, Lesson #26 where Rebbe Nachman zal talks about the ills of being drunk. Even though the high and head space of alcohol and weed (or any drug) are not the identical, they share enough similarities such that it seems likely that Rebbe Nachman would not have condoned drug use.”

From the Lubavitcher Rebbe—Rabbi Menachem M. Schneerson (zt”l): “… The Jewish way is to go from strength to strength, not by means of drugs and other artificial stimulants, which have a place only if they are necessary for the physical health, in accordance with the mitzvah to take care of one’s health. I hope that everyone will agree that before any drugs are taken one should first utilize all one’s natural capacities, and when this is done truly and fully, I do not think there will be a need to look for artificial stimulants . . .”

Rabbi Dror Moshe Cassouto: “Particular dangerous are the so-called “light” drugs, which in certain respects are more harmful than the life-threatening heavy drugs. Users of light drugs think that they can still function normally, hold a job, maintain a marriage and family, and the like. The truth is that they destroy everything in their path including themselves. A person in the self-destruct mode can’t stand the slightest challenge, stress, or pressure. He or she seeks a head-in-the-cloud existence with no demands and no responsibility. Light-drug users lose their inner strength and resolve, self-image, and motivational powers. They ultimately lose their jobs and their marriages, sowing seeds of misery wherever they go, Heaven forbid.”

Conclusion: When one uses cannabis recreationally they are damaging their soul. They suppress the neshama and turn the ruach to nefesh. They raise the animal part of the soul (nefesh) above the neshama (G-d Forbid!). Recreational cannabis use will, in time, turn the person away from Torah and mitzvot, and toward the deceptive delights of this world; which are only fleeting illusions.

One should also not delude themselves into believing that “If the government says it’s okay, then it must be acceptable.”; nothing could be further from the truth. From Pirkei Avot 2: 3: “Be careful with the government, for they befriend a person only for their own needs. They appear to be friends when it is beneficial to them, but they do not stand by a person at the time of his distress.”

One should keep in mind that, once the “high” is over, one is right back where they started; they have gained nothing and have lost the time and opportunity that could have been used to pray, study or serve HaShem in a constructive way. When one turns to a recreational drug that appears to be natural and harmless, one deludes themselves into believing that there is nothing wrong with it since it is part of this corporeal world. Connect yourself to HaShem instead of a plant. The plant withers and dies, it is subject to the winds, rains and infestation. The times of the seasons determine what the plant will, or will not be; but what you gain from attachment to HaShem will endure regardless.