Pesach is once again upon us; with the cleaning, shopping and all the preparations for celebrating the Festival of Matzot. We will sell our chametz, and in the evening search for the last of the chametz and burn it the next morning. With the table festively set and the food ready for the repast, we will greet our guests and ready ourselves for the Pesach Seder.

As we sit to once again conduct this ritual we know so loving well, we will bring out the trusty Haggadah that has been a fixture at our Seder for as far back as we can remember. We begin reading from the Haggadah, and pretty soon we notice that we are once again droning our way through the prayers and narratives as we remember our parents, grandparents and great-grandparents doing when we were young. The kinder start fidgeting and getting into mischief out of boredom, just as we did. The older relatives’ eyes grow heavy and maybe a yawn or two slips through. It becomes like trudging through a muddy bog, as we forge ahead toward the distant promise of a wonderful meal that awaits us ….. if we can only manage to stay awake that long. After the meal, we return to the Haggadah and struggle to complete the Seder; it’s late, were tired, the kinder have lost all interest. 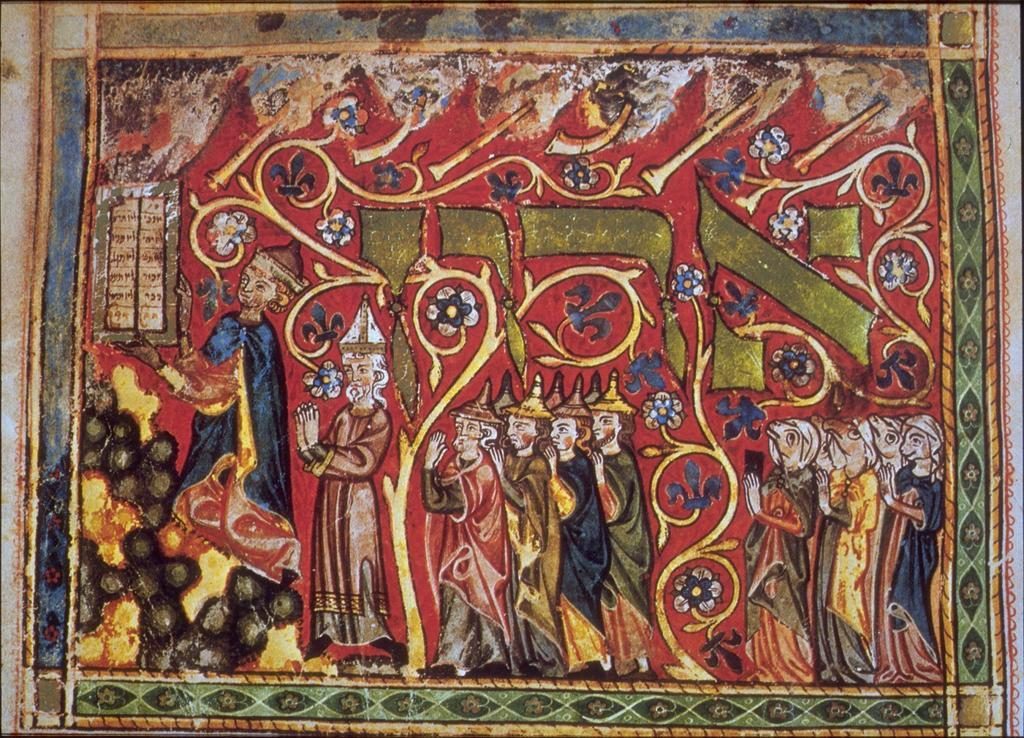 Where did the festival go? Where is the simchah go?

The Seder should be exciting! It should be interactive will all the people in attendance! Most of all, it should not be boring!

There are many minchagim that can put some life and excitement in the Seder:

The tradition of building the fortified cities using matzah and charoset. While the person places their piece of matzah as the brick and spreads the charoset as the mortar while the person next to them symbolically acts as the task master and lightly whips them with a scallion, demanding that they work faster. Then the plate goes to the next person to add their brick and mortar to the “city” while the person who was whipped previously, get their chance to be the task master. And on it goes around the table until all have participated in building the fortified city.

Another tradition goes along with hiding the Afikoman, it to place toys around the room or rooms where the Seder is taking place, that represents the different plagues. Then the children have to find the correct toy that goes with each plague. There are also “Plagues Bags” that have small toys in representing the plagues involving animals and insects. The children rummage through their bag and everyone hold up the toy that goes with the plague.

This idea is to be creative, but keep it relevant to the Seder.

Most importantly, when it comes time to tell the narrative of the Exodus, follow what the Torah tells us that HaShem commanded; Tell The Story!

And the L-RD said unto Moses: ‘Go in unto Pharaoh; for I have hardened his heart, and the heart of his servants, that I might show these My signs in the midst of them; and that thou mayest tell in the ears of thy son, and of thy son’s son, what I have wrought upon Egypt, and My signs which I have done among them; that ye may know that I am the L-RD.’ (Shemot 10:1-2)

Notice, the operative word it “TELL” your sons (and daughters) what I have wrought! Not, drone on through the Haggadah. Put the Haggadah down! TELL the story. It doesn’t have to be a perfect rendition of the Torah narrative, but by telling the narrative from memory, it tells everyone around the Seder table that this is of such importance, that I am telling you from my memory, because I was there! Be excited, wave your hands around, ask questions of the participant, especially of the kinder to keep them part of the narrative (How many frogs do you think there were? What kinds of wild beasts would there be? How can there be hail with fire in it?). It also shows the kinder that this is a very important story. And everyone will remember the narrative and, most importantly, they will remember the Seder and look forward to it every year with excitement; just as it should be!

May your Pesach Seder be filled with joy, excitement and meaning!